Recently I had a conversation with a friend who is specialized in economic research and asked questions regarding Japan’s current financial status:

By looking at the numbers he presented, I was once again shocked.

According to the table summarizes major countries’ external net assets, published by the Ministry of Finance (data as of 2018), Japan is the world’s top with 341.5 trillion yen. Germany is the second (260.3 trillion yen*) and China is the third (236 trillion yen). The high external net assets is a major pillar for Japan’s finance. It also bolsters the argument that Japan’s credibility is stable, because even if the yen depreciates, the private sector (i.e. bank institutions) would be able to sell these external assets, monetize them, and buy out government bonds (i.e. bonds can be absorbed domestically). Basically, our situation is better than having no assets.

Anyway, that’s not where I was shocked.

The table also shows countries with high external debts, meaning recipients of large foreign investments; the United States is by far the largest debt holder, and the amount is an incredible -1,077 trillion yen. Considering that the second largest, France, has a balance of -34 trillion yen and that Japan has the largest external net assets of +341 trillion yen, you can get a sense of how big the amount of debt that the US has.

I’m amazed by the power of USD as the key currency.

It’s just simply mind-blowing. The US has been growing its economy by implementing its “strong dollar” policy; by printing dollar bills and inviting foreign investors. Establishing and maintaining the position as the owner of the global currency, the US has been the winner of the economic game so far. It was Mayer Amschel Rothschild who said, “Give me control of a nation's money and I care not who makes the laws.” This famous line blazed across my mind.

Japan has long been trying to implement a similar economic strategy to attract more foreign investments for its land development. However, the yen’s performance is not even comparable with the dollar’s. Speaking of which, the CEO and chairman of Las Vegas Sands, Sheldon Adelson, has recently announced his decision to cancel the company’s business plan to open an integrated resort (IR) in Japan.

In economics, people often use the words “too big to fail” and this also applies to the US bond. Japan and China are the major holders of US bonds. In 1997, when Japanese Prime Minister Ryutaro Hashimoto held a lecture at Columbia University, during the QA session he half-joked that he sometimes had the urge to sell the US bond. Later, he said that he was threatened thereafter that if he did sell, the US would take it as a declaration of war. In the recent US-China Trade War, China is also implying that they will sell the US bonds as the last resort. The US should be sensitive about this. For Japan, we are holding something we can’t even conceive of selling. What problematic assets we are holding.

Obviously, what sustains the strong dollar is its constant economic growth, which at the very core, is driven by population growth. The population in the US has been on a constant rise, and its identity as a country of immigrants is foundational to the country’s strength. On this point, there is a huge contrast with Japan, where the population has been on a constant decline. China is in a similar situation as Japan because of its past “one-child policy.”

I am finishing up without any particular conclusion this time, but I guess one conclusion is that I once again realized how important it is to carefully look at real data. The external net liability of 1,077 trillion yen is so overwhelming.

*Ministry of Finance: for foreign currencies, the exchange rate published by the IMF is used.

Living in a time where we pay money to stop eating: I tried fasting!

I just tried fasting recently. Fasting is basically refraining from eating for a period of time. I have been interested in trying it, and since my weight is constantly on the rise these days, I decided to give it a go. Here is the breakdown of what I did: 2 days of pre-fast (preparatory) meals, 5 days of fasting, and 3 days of post-fast (recovery) meals. For the pre-fasting and post-fasting, non-plant proteins such as meat, fish, and eggs must be avoided. During the fast days, taking sips of diluted fermented drink, eating an umeboshi (pickled plum), and having a ...

The purpose of “diversification” is expressed in the character “憤”: Are you ready to transform?

Japanese companies are finally taking serious steps to apply diversity and inclusion in their business practices. Promoting diversity has various meanings, including female leadership and hiring persons with disabilities, but I feel that many companies have not reached a full understanding of what it entails. I think that what is happening now is that the population in the country is sharply declining, consequently causing a decrease in the labor force and thus giving companies no choice but to consider diversity as a way to supplement their workforce. I suspect that this may be the real motive for many companies. The ... 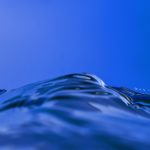 “A drop of oil is worth a drop of blood.”: The ongoing energy transformation

The oil market is in turmoil. In addition to decreased demand due to the spread of Coronavirus, Saudi Arabia and Russia failed to reach an agreement regarding a reduction in oil production. Saudi Arabia has decided to go ahead and increase its oil production, which caused a sharp drop in the oil price to less than 20 USD per barrel. For oil importers, it is certainly preferable that the price of oil has fallen, but for oil exporting countries, it has a huge economic impact and will inevitably lead to political instability. To understand the context, there are several important ...

“In this journey I saw the sea and land horizons for the first time in my life.” Everything in human life becomes more sophisticated through real experience

“Facing the biggest challenge and yet feeling vibrant” – The irresistible passion