Do you know the story The Man Who Planted Trees by Jean Giono?

It’s a story about a shepherd who plants 100 acorns every single day on a barren, devastated area of land. In the end, his solitary effort brings beautiful forests in the area.

I studied French at the language school Athénée Français under its Synthétique course. Recently, I visited the school website and found that they offer a trial, short course, the curriculum of which includes reading “The Man Who Planted Trees.” When I was a student there, we had to memorize stories from homework and recite them in front of our classmates at the end of each class. The first assignment was the opening of The Little Prince by Antoine de Saint-Exupéry, the second was The Stranger by Albert Camus, and the third and final was to memorize the entire L'Arlésienne, a short story written by Alphonse Daudet. Now looking back, what an accomplishment that was. I was the only one from the class who successfully recited the last, hardest one by Daudet.

In The Man Who Planted Trees mentioned above, the shepherd plants 100 acorns each day, more than 100,000 seeds over three years. Of the 100,000 seeds, 20,000 sprout. And of the 20,000, he expects to lose half, but believes that the other half, that is 10,000 oak trees, would grow where nothing had grown before. He continues planting seeds every day for more than 30 years and turns the infertile land into a rich forest.

Mikimoto is the world’s top pearl company originating in Japan. Kokichi Mikimoto, the founder of this company, is another remarkable individual like this tree planter. He promised the Meiji Emperor that he would adorn the necks of all women around the world with pearls. However, his success in pearl cultivation required an extraordinary effort:

A red tide outbreak in Ago Bay destroyed all Akoya oysters (pearl-producing oysters) that Kokichi had farmed, investing two years of effort and all his money. However, he did not give up; he continued his trial in Ojima, Toba (now named the Mikimoto Pearl Island) the following year and successfully created five pearls from farmed oysters. It was the moment of the world’s first cultured pearl.

Shortly after this joyful success, another tragedy destroyed Kokichi: the death of his beloved wife Ume, who always stayed by his side and supported him no matter what. She fell ill and lost her life at the young age of 32. “I will take care of the kids. From now on, pearls will be my life partner.” Kokichi promised himself this, and committed even more to his research.

Even though the pearls were dome-shaped, he knew their potential value as jewelry. He polished the back side and sold them; these half-sphere pearls became a big hit.

On the side, he continued researching in order to develop a large, fully round pearl. In the meantime, another red algae bloom occurred in the area and damaged the entire farm of 850,000 oysters. Kokichi didn’t give up despite this adversity. He opened and examined shells one by one and found five truly round pearls.

Facing a series of hardships, Kokichi never became pessimistic. He turned bad into good and always found a way through.

“Chichi” (December 2014, p.87) *Original in Japanese; not an official translation

I would like to introduce some of Mikimoto’s quotes:

What is important is a never-give-up spirit as well as the determination to have strong beliefs beyond mere economic interest. Takamori Saigo said, “Do your job with the heavens in mind, not earthly things.” In addition, there is this truth that continual, extraordinary efforts will bear extraordinary results. Living in a time and society that focuses solely on short-term profits, keeping this in mind may be the key to be unswayed by trends.

Su Shi wrote: “Ancient people who made great contributions to society not only had outstanding talents but also unimaginably strong willpower and perseverance.” (On Chao Cuo)

It doesn’t necessarily mean that once we decide something, we must stick to it no matter what. However, there is willpower behind steady effort. Don’t we want to live for a big goal and do a big job with the heavens in mind?

Let them develop questions instead of giving them an answer: My thoughts about the importance of timing

Timing is key for learning. As we often say, “Suit your speech to the audience”, or in Buddhism, “Taiki Seppo” (Buddha adjusted his teachings in accordance with the personality and ability of his disciples). The essence of education is to tailor to an individual’s needs, not to teach in a one-size-fits-all manner. Giving a level 10 lesson to someone at level 1 would be meaningless, or even misleading and harmful. In Zen, there is a saying, “Sottaku Doji (啐啄同時)”: the first character “啐” is the pecking sound of a chick fighting its way out of an eggshell, and the second ...

Going beyond “sharpening the saw”: professionals need to learn to be free!

We often introduce the story of a woodcutter during personnel training. This story appears in Stephen Covey’s “7 Habits of Highly Effective People” as the seventh habit, “Sharpen the saw.” A hardworking woodcutter goes to work at 6am in the morning and comes back home at 10pm in the evening. He goes straight to bed and hardly spends time with his family. One day, a friend comes over to his house and sees his saw. The blade is so worn and round. The friend, just trying to be helpful, tells the woodcutter: “You should sharpen your saw.” The woodcutter gets ...

The issues around North Korea: Simulate the worst-case scenario for Japan

Suddenly the health and safety of the North Korean leader Kim Jong-un has become a hot topic. North Korea has shot numerous missiles and been engaged in the development of nuclear weaponry. A country that has been one of the main characters of the “Trump show,” has been somewhat quiet these days, but suddenly a strange death rumor arose and created some noise (we don’t know if it’s true yet). For Japan, the relationship with Korea is clearly important politically. It is often argued that Japan is unique in that the Imperial House of Japan is the oldest continuing monarchical ... 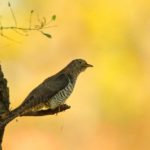 “Even the wimpiest of cuckoos keep singing until their throats start to bleed” – Do your best!

There is something typical about corporate training in Japan; from my experience, it is very common in Japanese participants that their motivation level is quite low. In fact, not a few people come to the training with their professional mindset “turned-off,” so I usually have to start by doing something positive to bring the “negative” motivation level up to, at least, neutral. If this goes well, and if the training turns successful, participants would be pleasantly surprised. Nevertheless, it certainly is not efficient to have to interact with people with low motivation at the onset. To begin with, joining a ...

“If they have no meat, let them eat soy meat.”

It looks like vegan meat is really becoming a thing now. Actually, it’s not just vegan meat; cultured meat is also gaining attention. In any case, the population explosion and associated food crisis is becoming real, and there are more and more startups emerging to address the food challenge. For example, the plant-based meat substitute producer Beyond Meat went public on the NASDAQ exchange in May of last year and continues to grab the spotlight, with a help of ever-increasing environmental concerns. “(If they have no bread,) let them eat cake.”  This famous quote has been attributed to Marie-Antoinette (although ...

PREV
The issues around North Korea: Simulate the worst-case scenario for Japan
NEXT
“Facing the biggest challenge and yet feeling vibrant” – The irresistible passion

“In this journey I saw the sea and land horizons for the first time in my life.” Everything in human life becomes more sophisticated through real experience

“Facing the biggest challenge and yet feeling vibrant” – The irresistible passion